By Narendra Modi I am pleased to know that a special souvenir is being published by ISKCON-India on the auspicious occasion of Janmashtami celebrations. ISKCON has been leading a spiritual transformation of the humanity by illuminating the world with t…

ISKCON Mayapur management invites worldwide devotees for Gaura Purnima festival 2019, from 27th February to 23rd March. This year, the most awaited Sri Panca-tattva Maha abhisheka will be celebrated on 1st March 2019. Once in four years, the big deities of Sri Panca-tattva will be offered Maha Abhisheka. Kirtan Mela will be from 5th March […]

By Bhusaya dasa “Wait a minute,” Ginsberg told him. “I wanted to sing you the Hare Krishna mantra. Can you stay and listen? It’ll just take one minute.” After Kennedy agreed, Ginsberg pulled out his harmonium. “He has this one-tone mouth harp, so he bl… 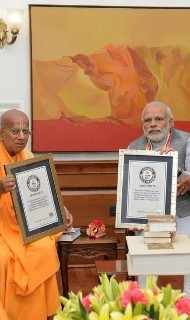 On 20.05.1988, 30 years ago ISKCON Russia officially got registered in USSR . On a beautiful spring day in 1988, the Council for Religious Affairs officially registered the Moscow Society for Krishna Consciousness, concluding, or so it seemed, a longstanding feud between the devotees and the State. It was the first religious society registered in the Soviet Union since World War II. Honb’le Prime minister of India has sent his message on this occasion!

By Millenniumpost staff Kolkata: ISKCON has set up an immersive 360 degree full dome at Mayapur to preach the message of harmony and world peace. The hi-tech theatre was officially launched for public viewing on the auspicious occasion of Narsingha Cha…

The spiritual headquarter of the International Society for Krishna Consciousness in Mayapur, Nadia district, has come up with a 360 degree full dome theatre. The hi-tech theatre was officially launched for public viewing on the auspicious occasion of Narsingha Chaturdashi on April 29. Operation FullDome is a way to give any visiting guest to Sri […]

Sri Navadvipa Dhama has long been a center of learning and education. In the time of Sri Krishna Caitanya Mahaprabhu, people would come from all over India to Navadvipa – the educational center of the world. Now, Sri Dham Mayapur has three esteemed schools for children’s education, one of which is the Bhaktivedanta National School […] 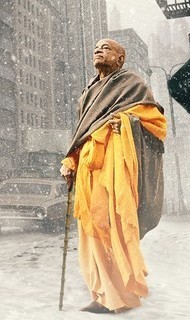 The wait in the UK is finally over! Hare Krishna! The Mantra, the Movement and the Swami who started it all (formerly known as Acharya) is coming to cinemas in the UK! Never before has there been a bigger opportunity for a mainstream audience in the UK to experience the incredible story of A.C Bhaktivedanta Swami (affectionately known as Srila Prabhupada), the 70-year-old Swami from India, who arrived in America without any support or money in the turbulent 1960s. Despite all difficulties and obstacles, his unflinching determination and faith ignited a worldwide spiritual phenomenon, known as the “Hare Krishna Movement” and officially named the “International Society of Krishna Consciousness” (ISKCON)

By Radha-Krishna Das 23 March 17:00, Pacific Time for 24 hours, the wiki page of the Bhagavad-gita Diorama-museum was featured on Wikipedia first page “Did You Know” section. The museum established in 1977 as the First American Transcendental Exhibiti…

By Ananda Tirtha Das (BBT) In our small endeavor to fulfill this statement by Srila Prabhupada, BBT India has released an App called “Transcend – to a Higher Life” that is available on Google Play Store and Apple Store. It contains 20 of Srila Prabhupa…

“By performing Sri Navadvipa Mandala Parikrama the whole world will be liberated” -Bhaktivinod Thakur Hare Krishna! Dear Guarabhaktas , today it was the first day if the most auspicious Sri Navadvipa Mandala Parikrama. After a wonderful vaishnava gathering in the Kirtan Mela, we were ready to leave the temple room and spread Krsna’s sweet names […]

By Radha Mohan Das On Wednesday 15 February, Sruti Dharma das, Temple President of Bhaktivedanta Manor (UK), joined 1000 dignitaries from across the British Commonwealth at Buckingham Palace. He was then invited to have a private audience with the Qu…

Twitter Message from Honorable Chief Minister of West Bengal, Mamata Banerjee on her Mayapur visit: Today I visited ISKCON Mayapur.ISKCON is setting up a world tourism circuit center at Mayapur and have sought our assistance, We would be very happy to help them. This will definitely be a landmark in the religious tourism destination not […] 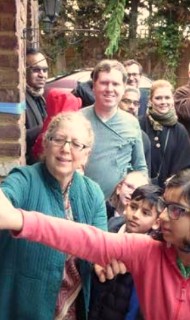 The Manor School children participated in an inaugural ceremony to mark a new chapter in their school’s history. The primary school has been situated at Bhaktivedanta Manor for the past 35 years. Due to various challenges associated with the building of the new Haveli on the site and the required demolition of two of the classrooms, the school has been relocated into a new temporary premises not far away. The renovation of the existing buildings took over eight months to complete, and involved top architects, structural engineers, two major building contractors and a big investment from the temple. Kaushik Patel was hands on at every step and the Patrons Working Committee oversaw the entire development. 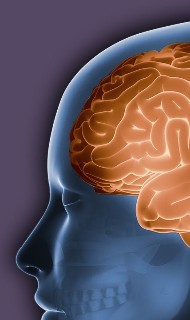 “I don’t mean that people have their eyes open or that their brain’s working after they die,” Parnia said. “That petrifies people. I’m saying we have a consciousness that makes up who we are—our selves, thoughts, feelings, emotions—and that entity, it seems, does not become annihilated just because we’ve crossed the threshold of death; it appears to keep functioning and not dissipate. How long it lingers, we can’t say.” Clinically, we understand death to mean the state that takes hold after our hearts stop beating. Blood circulation comes to a halt, we don’t breathe, our brains shut down—and that’s what divides the states we occupy from one moment (alive) to the next (dead). Philosophically, though, our definition of death hinges on something else: the point past which we’re no longer able to return. Those two were more or less the same until about 50 years ago, when we saw the advent of CPR. Today, someone’s heart can stop and they can be dead, and then they can come back. 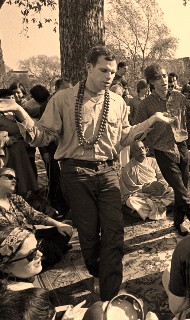 The poet Allen Ginsberg, an early devotee who attended some of the first outreach sessions in New York, told The Times in 1966 that the chanting “brings a state of ecstasy.” Swami Prabhupada, known to his followers as Srila Prabhupada, officially founded the Hare Krishna Society that same year. Its first temple was located in a former gift shop at 26 Second Avenue in Manhattan. Early devotees were mostly white Westerners, many of whom were disillusioned with American culture as the Vietnam War bore on.

By Jaya Govinda dasa Vancouver, BC – One of Canada’s fasting rising young opera stars, Dustin Hiles, first met the devotees seven years ago in Winnipeg, MB, while campaigning as a candidate for the provincial Liberal Party of Canada. After his staff pu… 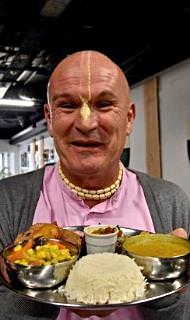 Atma has won several food awards, including The Observer’s ‘Best ethical restaurant in Britain’ title, and it also provides space for healthy living activities such as yoga and meditation. “We are called the kitchen religion, because we place a lot of emphasis on food. Everything we see, tough and smells affects our consciousness and how we think and feel. Everybody’s got to eat. You know you have come to the right religion when you have got a big plate of food in front of you.” The cafe, which closed the doors at its previous Church Street location in April, advocates the principal of ahimsa – a belief, central to the religions of Hinduism and Buddhism, that all living beings have a spark of divine energy and that to hurt others is ultimately the same as hurting oneself.

By Drutakarma Das One case that came out just a few weeks ago is a discovery of some footprints on the island of Crete, a part of Greece, it’s an island in the Aegean Sea. In the northwestern end of Crete archeologists found footprints and layers of ro…

By BBT staff A European division of BBT (Bhaktivedanta Book Trust) is in the process of printing the largest sacred text in the world! Srila Prabhupada’s Bhagavad-gita As t Is. It will be 2.8 meters high (9.18 feet) and 2 meters large (6.56 feet). It w…